Poverty, the media and Katrina 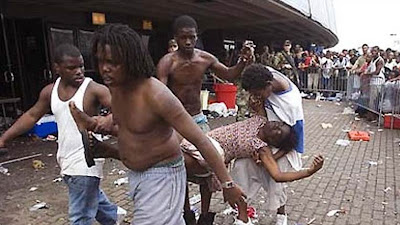 Media accounts of hurricane Katrina "riveted, angered, and depressed" Americans. However, the media images of devastated individuals and communities from Katrina did not result in public policy to fight poverty and economic inequality. Deborah Belle (2006) points to research that suggests that social policy decisions in the U.S. favor the wealthy at the expense of the poor and middle class. The wealthy control the policy making process. Those most likely to downplay the problems of economic and racial inequality are most likely to have political power. While the media may impact middle America they seem to have little influence on the decision makers.

News coverage of Katrina may have in fact lessened people's support for public policy. In his comparison of "episodic" versus "thematic" news stories, Iyengar (1990) found that people viewing "thematic" news stories about poverty were likely to blame the condition on societal factors. On the other hand, when viewers "episodic" news stories showing images of people in poverty, they tend to hold the poor responsible for their own poverty. In a six year period, television showed twice as many "episodic" as "thematic" stories. This tendency to blame the poor for their poverty may have lessened the impact of news coverage of Katrina.

Following 9/11 the media seemed to have lost their direction. They seemed weak and impotent. And as Rem Rieder wrote, "much of the media seemed cowed, afraid to press too hard, as if questioning the Bush administration's pronouncements about terrorism was somehow unpatriotic."

Then Hurricane Katrina brought disaster to the Gulf Coast. Suddenly, the media were rejuvenated and even virile in their condemnation of incompetent government bureaucrats. In Katrina, "the chasm between the platitudes of the clueless government spokesmen and the ugly reality of New Orleans--the devastation, the misery, the Third World-style chaos--was overwhelming."

In Hurricane Katrina a natural disaster led to a human catastrophe.  Most of the victims were black.  Media coverage that the poor government response was because of incompetence.  On the other hand, some media reports held that there was an element of racism.  In a study (Kaiser, Eccleston and Hagiwara, 2008) following Katrina, white and black students were shown videos supporting both points of view.  When confronted with claims of racism, white students used "system justification" as a way of rationalizing the mistakes rather than blaming "ingroup" racism.

Television, radio, print and on-line journalists, talk show hosts,
producers, bloggers and other media professionals can utilize the
easy-to-use keyword search criteria to access the www.GuestMatch.com
database of hundreds of guest sources on a wide variety of topics to
help you fill your open slot or meet your deadline.

Media professionals can quickly and easily search for and find experts
in dozens of fields, and in many cases, review video and audio of
selected guest along with download high resolution photos, previous
quotes, media alerts and other helpful documents available at
www.GuestMatch.com.

For more information on www.GuestMatch.com, contact Burke Allen at
(703) 589-896  or email burke@allenmediastrategies.com.

Posted by John Fisher at 1:09 PM No comments: 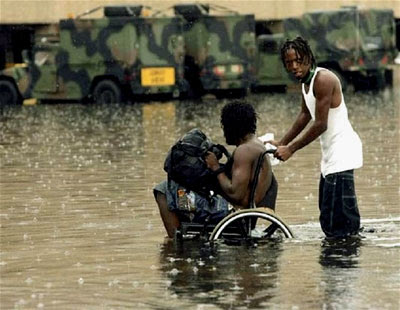 In the early days following Katrina the media reports of atrocities in New Orleans shocked the nation and the world.  Audiences heard and read about a city in anarchy and subhuman conditions in the Dome and Convention Center.  However, the reports of violence were false and could not be verified.   Reports were based on rumors several times removed from the source.

For example, on September 5 the Financial Times of London attributed the following report to unnamed refugees: "Girls and boys were raped in the dark and had their throats cut and bodies were stuffed in the kitchens while looters and madmen exchanged fire with weapons they had looted." The report claimed that "several hundred corpses are reported to have been gathered by locals in one school alone" in St. Bernard Parish, the badly flooded community just east of the city. A similar report indicated that up to 300 bodies were piled in Marion Abramson High School in Eastem New Orleans. Reporters from the Times-Picayune canoed to the school, went inside, and found no bodies.

"Stone-age storytelling got amplified by space-age technology," according to Thevenot (2005). Rumors of bodies in the Dome were retold several times and finally reached the media.  When "the media arrived, with satellite phones and modems, BlackBerrys, television trucks with the ability to broadcast worldwide and the technology to post on the Internet in an instant," most of them did not realize that "normal rules of sourcing no longer ensured accuracy." The stories went global as officials, hurricane victims, and rescue and security personnel confirmed nightmarish scenarios, sincerely believing what they were saying and wanting desperately to get the word out so that help would come. The media also believed the stories they were telling, repeating without verification the stories being told by the officials. When it was discovered that the stories were false, the media were criticized.  However, it was the media who revealed the falsehood of the stories. The only reason for knowing about the bad reporting was that the journalists told us.

Posted by John Fisher at 5:30 PM No comments: