Posted by John Fisher at 9:55 PM No comments:

Big Branding: Canada is the Country With the Best Reputation in the World, According to New Study — Sweden and Australia Round Out Top 3, With Pakistan, Iraq and Iran Ranking Lowest: U.S. and China Don't Rank as Expected | Bulldog Reporter

Big Branding: Canada is the Country With the Best Reputation in the World, According to New Study — Sweden and Australia Round Out Top 3, With Pakistan, Iraq and Iran Ranking Lowest: U.S. and China Don't Rank as Expected | Bulldog Reporter
Posted by John Fisher at 11:44 AM No comments:

G-8 Leaders Urge Adoption of Controls for Internet
By issuing a provocative call for stronger Internet regulation, leaders of the Group of 8 industrialized countries will urge the adoption of measures to protect children from online predators, to strengthen privacy rights and to crack down on digital copyright piracy. At the same time, the document is expected to include a pledge to maintain openness and to support entrepreneurial, rather than government-led, development of the Internet. The cause is championed by President Nicolas Sarkozy, who hosts the G-8 meeting this week in Deauville, France — but fiercely opposed by some Internet companies and free-speech groups. Sarkozy addressed a special gathering of the global digerati that included top executives of some of the world's largest Internet companies, including Google, Facebook, Amazon and eBay, on the eve of the G-8 meeting on Tuesday, where he called the rise of the Internet a "revolution" and compared its impact to that of two previous transforming episodes in global history: the age of exploration and the industrial revolution, the NY Times reports.
Read more, share and comment on this story »
Posted by John Fisher at 2:31 PM No comments:

President's Comments on Israeli Peace Generate a New PR Conundrum for White House
It will be interesting to see how President Obama wriggles out of the PR trap he's now caught in because of perceived insulting comments he made about Israel's security, drumming up antiquated border-defining terminology that clearly upset Israeli Prime Minister Benjamin Netanyahu — on the eve of Netanyahu's visit to the U.S., no less, where the prime minister criticized the comments in a rousing speech to Congress that had both sides of the floor on their feet with praise. And now, the president's Jewish fund-raising network is trying to calm uneasy donors who fear that his blueprint for Middle East peace would jeopardize Israel's security, and who say his outline for a peace deal has created unexpected obstacles that make it more difficult to meet short-term fund-raising targets. "If the fund-raiser had been last Friday, we would have been in trouble," said Alan Kessler, who has been active in national Democratic fund-raising for years, the LA Times reports. Describing the reaction of prospective donors, Kessler said: "There are those who have already served notice that they're just not going to participate. Then there are those who are saying, 'We want to see how this plays out over the next week or so,'" he added, according to the Times report.
Read more, share and comment on this story »
Posted by John Fisher at 2:22 PM No comments: 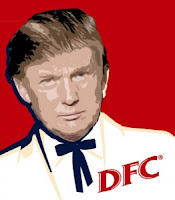 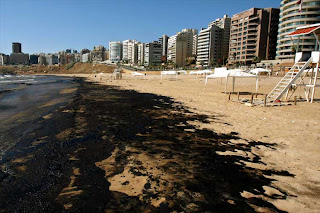