Blogs that get comments

Here are 18 suggestions on how to increase the number of comments on your blog:

A good reason to proof read

Take the 'l' out of public, and you've got a PR disaster
Apparently an extra set of eyeballs when proofreading copy just isn't
enough. A PR firm in South Bend, Ind., says four people proofed the
copy for a digital billboard promoting public schools. And no one
noticed the word public was missing the critical "l." According to
WANE.com, the embarrassing billboard was pulled — after five days. —
Susan Young
Posted by John Fisher at 11:07 AM No comments: 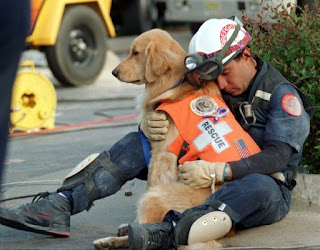 Language is important in portraying how the media, and therefore the
public, view victims of a disaster. Sommers et al (2006) discuss the
race factor in describing victims of Hurricane Katrina. The media use
of the word "refugees" was seen as having overtones of racism. In an
analysis of news stories "refugee" was associated with "poor" or
"black." The media used the word "refugee" for displaced survivors
throughout the coverage of Katrina, but more frequently in the early
period. Within a week, President Bush complained about use of the
term, and many news organizations shifted to the more traditional
"evacuees," "survivors," or "victims."

Another factor that may support the notion of racism in coverage is
story angle. The media reported sniper shots, murders, and roving
gangs committing rapes. At one point the media reporter sniper fire
preventing rescue efforts by a helicopter. When investigated further,
there were no sniper shots and the rescue efforts were not halted.
One story reported forty dead bodies murdered at the Superdome. In
fact, there were four dead bodies and only was suspected of having
been murdered. The number of rapes was also over exaggerated. Only
one rape was actually reported. While it is not possible to say that
the misreporting was racist, it may be that race was a contributing
factor, claim Sommers et al (2006).

Race may also be a consideration when covering a story. While Katrina
received extensive reporting, other stories involving minorities may
be get less coverage. For example, while the abduction and deaths of
white victims have received a lot of coverage, similar crimes against
Black women are under-reported. Similarly, when a sniper killed 10
Native Indian students in a Minnesota reservation, the event received
far less reporting than similar atrocities committed against white
students. Reporters claim race is not a factor in reporting, but
rather the news media is just giving the audience what it wants.

Sommers et al (2006) identify consciousness-building as the best way
of avoiding racism in reporting. Most reporters when confronted
potential bias related to reporting would choose to be neutral. For
example, because of the coverage of Katrina, reporters are more
likely to avoid terms like "refugees" and "looting" when referring to
hurricane victims.

Posted by John Fisher at 8:22 PM No comments: